Inihaw na Bangus reminds me of holidays during my childhood, where my mother brings the grill and a bag of charcoals outside the house. She has skewered pork or barbecue, skewered hotdog, and grilled milkfish or bangus.

Milkfish is a fish that is characterized by several bones which are almost impossible to remove for some people. So Filipinos thought of removing the bones before officially cooking it, this idea also resulted in another food called boneless bangus.

Grilling food is common for Filipinos, they love doing to almost any meat available. Even seafood - like fish and squid - are good for grilling. Lots of Philippine provinces have abundant waters full of bangus, this may be how they thought of another way to cook it since they can absolutely buy anytime they want.

What is Inihaw na Bangus?

This is not your typical inihaw na isda. Knowing Filipinos, they love giving the food they cook the best possible taste since they enjoy cooking and eating them at the same time.

After the bones are removed, the milkfish is stuffed with different vegetables and seasonings to boost the flavor of the dish. It includes chopped tomatoes, onions, garlic, and ginger with some salt and pepper. Can you already imagine how it tastes like? The combination of flavors really makes the food taste magical.

Milkfish is healthy and it contains great amounts of omega-3 fatty acids. You also do not have to worry about its sodium and calorie content because it only has a few of them. It is very delicious too, so it can be considered as a great choice if you plan to grill some fish.

Inihaw na Bangus is done the most as the holidays approach, but nowadays cooking it has become more common. Do it for your family during lunch or dinner, served together with rice. They will love how tasty and flavorful it is, and the soft meat of the fish feels very light when chewed. Even as you cook it, their mouths will surely water with its inviting scent. 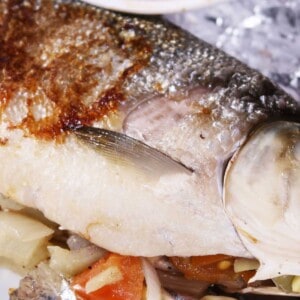