French Toast Recipe Filipinos are used to having a simple breakfast every morning, like having only “Pandesal” and coffee served on the table.

It’s not that people can’t afford; it’s just that sometimes there’s no time to whip out something complicated.

However, weekends are special days for families, parents have the time to serve something fancy like French Toasts. I remember my mom's aunt making these delicious toast using pandesal instead of sliced bread. It was so yummy!

Making French Toasts dated back from the 4th or 5th century, but it wasn’t known by its current name yet. It was known as “soupys yn dorye,” “Suppe dorate,” “Payn purdyeu,” and “tostées dorées,” during medieval times in Europe.

How to Make French Toast Recipe

Some prefer using either cream, wine, orange juice and other liquids as the base of their dip. Others like adding flavors like cinnamon, nutmeg, sugar, and vanilla to the mixture.

In Hong Kong the toast is made by soaking the bread in soy or egg, and then deep-frying it. The toasts are usually made as a sandwich, with a generous amount of sweet filling in between.

These lovely fresh toast recipe is such a hit in our family! Try it and i'm sure you will love it as much as we do. 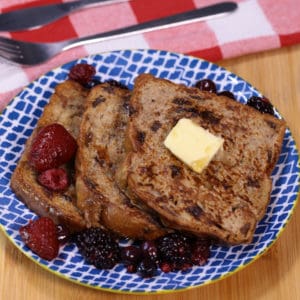