You are here: Home / Dessert Recipes / Pintos or Binaki

Pintos or Binaki is a special delicacy from Cebu. If you want to try this authentic dish, the best course of action is to try it during an exciting trip to the city. But not everyone has the luxury to do this, and with the help of this simple recipe, it is now achievable.

Perhaps you are familiar with nilupak. Imagine its appearance, that is how this sweet corn tamale looks like. Except, it is wrapped in the corn husk before it is cooked. The whole dish makes use of several components of corn, from the kernels to the husk. It is sweet and most of the time considered as a fulfilling meal.

It is fun to try out different recipes. Like most mothers, I love cooking homemade food for my family. But I also run out of ideas on what to cook for them at times. That’s when I open the internet to browse some new recipes. Sometimes, I ask my friends for ideas too. Then I saw this recipe and thought it would be nice to try something new. So one day, I tried to make it at home.  I felt so excited as I wait for it to finally be done. I was proud of how it turned out!

How to Prepare the Corn for Pintos or Binaki

You don’t have to wait for that travel opportunity just to get to try some good pintos. It’s true that nothing will beat the authentic taste though, but being able to make it gives you an idea of how it will taste like. Who knows, maybe your creation will equally rival the traditional pintos from Cebu. 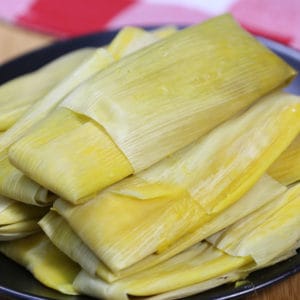