Mini Ube Cheesecake is a delectable dessert that is one hundred percent Filipino-made.

Ube, as it is commonly used in several dessert recipes in the Philippines, is no doubt becoming widely used in the country. The reason behind this is because of the local availability of the root crop which is really abundant. Filipinos obtain most of the ingredients as fresh as they can. Thus, they prefer local ingredients like ube for their desserts.

In addition, the Pinoy purple yam is very delicious and has a subtle sweetness. It blends perfectly with many other sweets and most of the time it has the ability to complement their flavor. So how about adding some cheese? Just the thought of it already sounds fantastic.

Filipinos are crazy in love with the combination of ube and cheese. From ice cream flavors to bread flavors, it was the epitome of a perfect dessert in the country. But it was only recently when Pinoys were able to think of making it into a legitimate dessert - by creating a Filipino version of the worldwide sweet that is cheesecake.

Starting then, many bakeshops started selling their own variations of the treat. But because of the several varieties, there may be a lot of differences in each of their tastes. Luckily enough, cheesecakes are a type of cake that can be easily made at home. People make their own desserts a lot these days, to avoid having conflicts with how they want it to taste.

Purple yam is not only tasty, but it also contains several nutrients and antioxidants. This is another reason why Pinoys love it. Cheesecake lovers can rejoice more when they realize their favorite cake is actually nutritious. Add in the ube and the result is an amazingly healthy and yummy sweet!

Is that mini ube cheesecake on top of the table asking to be eaten? Come on, don’t be shy and go have a bite!

Not only does the combination of flavors are perfect in this delicacy, but also the colors and its overall visuals. Both adults and kids will surely want to have a slice of it - if not they would ask for more than one. 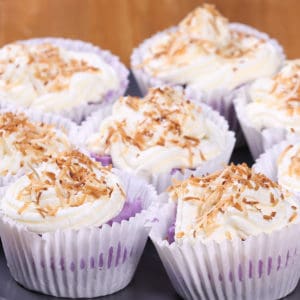 For the ube cheesecake