Maruya Recipe may not be as common as Turon and Banana Cue, but the trifecta of Filipino banana desserts is incomplete without it.

Compared to the other two desserts, Maruya is very distinct and it’s also a lot of fun since these are always shaped like a “hand fan.”

Saging na saba (Cardaba bananas) is commonly used for this recipe, but there are some who also use mashed dessert
bananas or sweet potatoes as alternatives. Commercial versions of this fritter usually do not have any add-ons, but homemade Maruyas are fancier since they are sometimes sprinkled with white sugar and cinnamon. Some even serve theirs with langka (jackfruit) slices or vanilla ice cream, which definitely elevates the simple snack.

According to food historians, Maruya is similar to the banana fritters from Latin America and Caribbean countries called Tostones and Tajadas. These desserts are said to have Spanish origins, which is no wonder since the Philippines had been colonized by Spain for 300 years. The Spanish influence is everywhere in the country, even the names of most Filipino dishes are Spanish.

There are provinces who have adapted the recipe of Maruya, and createed their own version of this snack. In the Bicol Region, they call their version “sinapot” or “baduya.” However, the Bicolanos’ fritters are not as fancy as the “fanned” out version commonly seen in the metro. They just simply dip the banana slice into the batter, and fry those individually.

I remember visiting a relative who came back home from United Stated and she prepared a snacks for us and the kids, at that moment I remember being child asking Mom to cook it for me oh how wonderful the feeling reminds you where you come from.

This simple Maruya Recipe can be done easily and can be sold quickly near schools where students during recess look for and when they are about to go home. 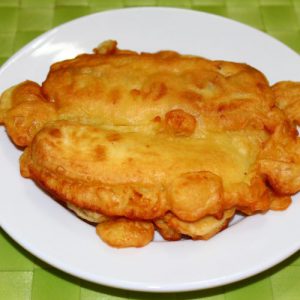