You are here: Home / Dessert Recipes / Lechetin or Jelly Flan

Lechetin or Jelly Flan is simply the combined result of leche flan and gelatin.

It was even given that certain name to easily distinguish what it is made of. For those who are big fans of both desserts, they will surely love this interesting combination. Plus, it is very easy to make so anyone can actually make their own versions of the sweet.

Lately, Filipino cuisine - especially the desserts - has witnessed a lot of innovations when it comes to its recipes. Filipinos are very creative in many ways, and they were able to apply this attitude to their food too. And the good thing about them is that they still never fail to give the newfound recipe a personality of being a Filipino food. Just like how they came up with this new variation of leche flan which is said to be just as good as the original one.

The only difference of lechetin from the traditional Filipino pudding is its consistency. The traditional version is very creamy, while the addition of gelatin will result in a gelatinous and a more jelly-like dessert. It can be possible that this new version will be loved by kids more, knowing that they are into jellies and such. Adults will also enjoy it of course, because the love for sweets knows no age.

When compared to plain gelatin, lechetin is considerably healthier because of ingredients like egg and milk. It boasts an impressive nutrition profile as it contains several vitamins and minerals. You can give it to your kids for them to enjoy and obtain health benefits at the same time.

Tips How to Make Lechetin or Jelly Flan

It is common for Filipinos to eat sweets after they finish with their meal, no matter the time. Lechetin will be perfect as an after-meal dessert. As they say, there is always another stomach for dessert. For those who are supreme lovers of sweets, however, may also eat this Filipino dessert any time they want, even as a snack. Because seriously, who can resist a sweet, creamy, soft, and gelatinous delicacy? 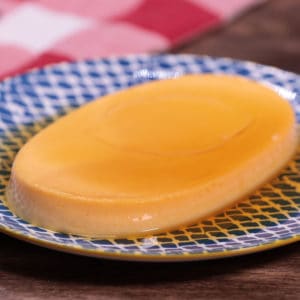