Budbud is often mistaken as a regular suman. Surely that's right, it is a kind of suman. But comparing it to other variations, it has something special that makes it unique by itself. Filipinos enjoy it as a light breakfast or as a filling snack.

Dumaguete City is famous for its sweet delicacies. Its people have their own brand of silvanas known all over the country because of their deliciousness. And like many other Filipino cities and provinces, they also have their own take on the traditional Pinoy delicacy known as suman. They didn’t stray from the delicacy’s original concept which is using glutinous rice as the main ingredient. What they did was to add more excitement to the dish - something that will remind the tourists that it is a special of the Dumagueteños.

As someone who enjoys traditional Filipino food, I make sure that I get to eat them with my family as much as possible. Since we left the Philippines, I figured it would be hard for me to get these goodies unlike before. So I decided to make them by myself at home instead. Admittedly, it was quite hard at first. But I enjoyed cooking so much that doing different recipes just became a normal habit. This time, I took the time to make some budbud for my family.

Tips How to Make Budbud

A serving of budbud tastes best when added with ripe mango and hot chocolate. It is perfect for a chill afternoon if you want to do nothing else but relax. At the same time, you will get a taste of real Filipino treats that you will love. 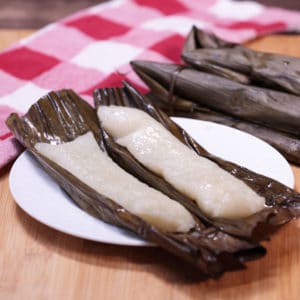